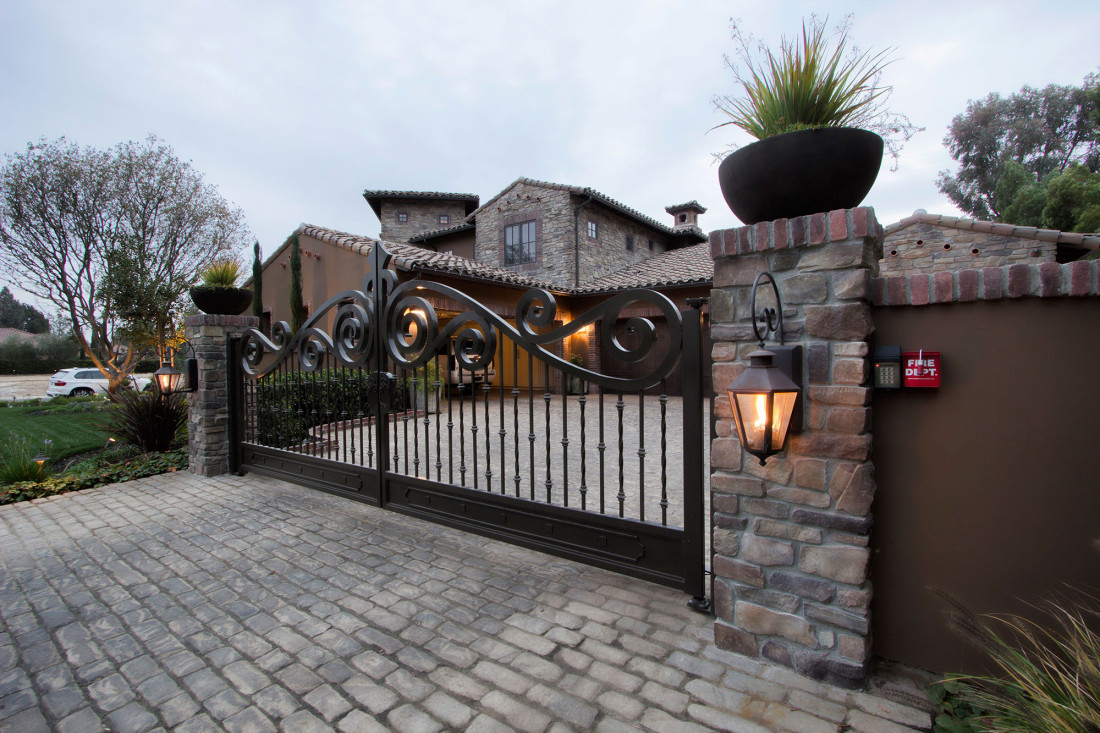 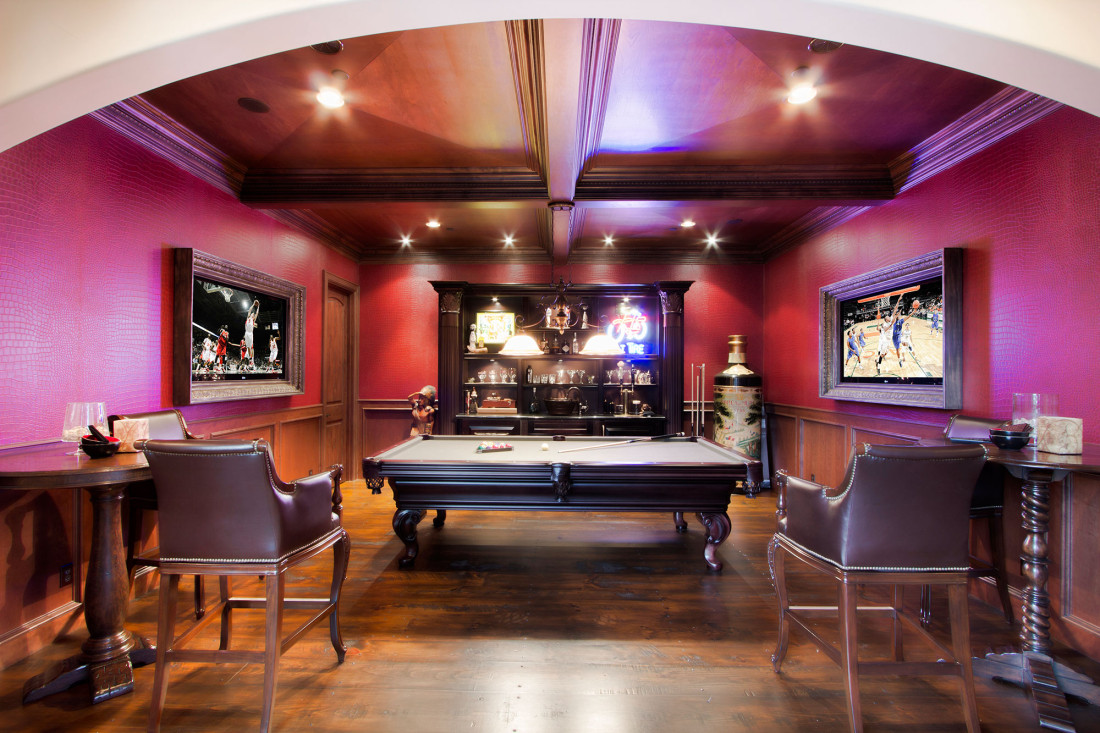 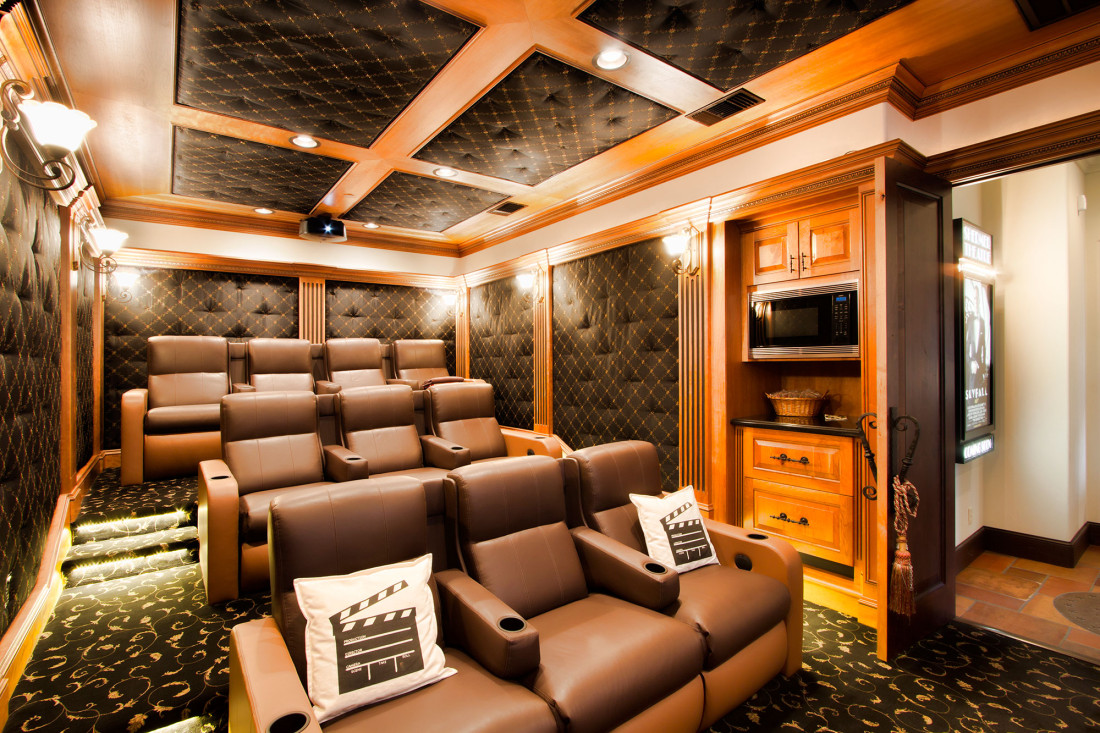 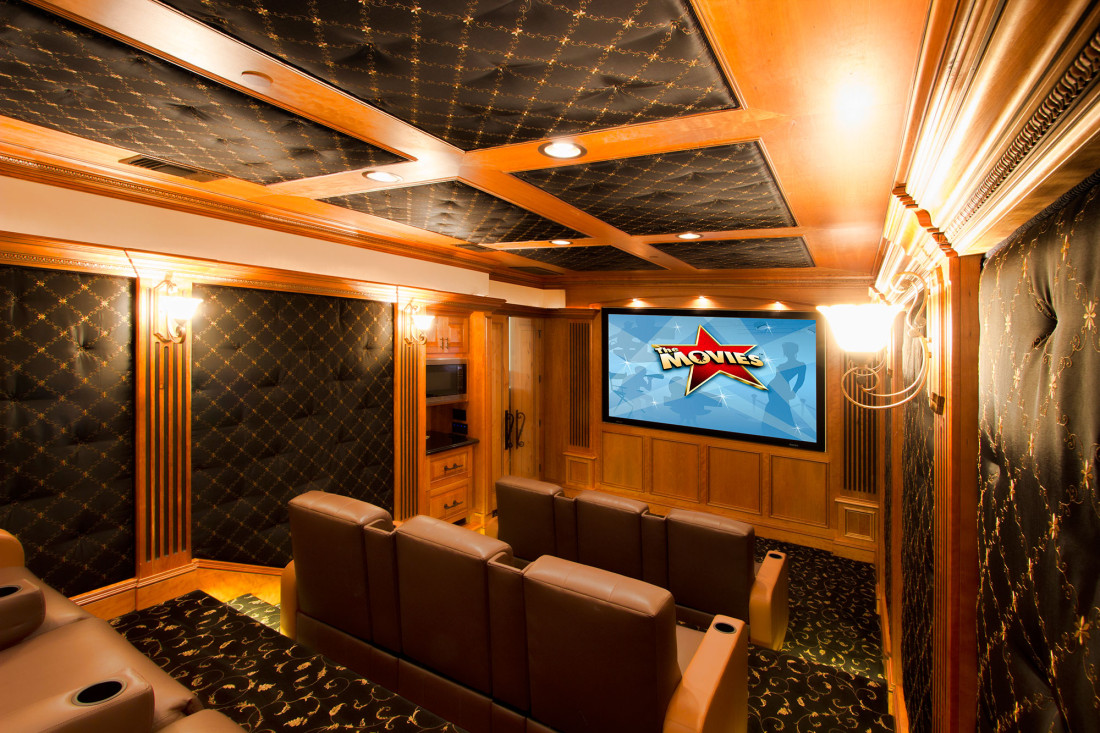 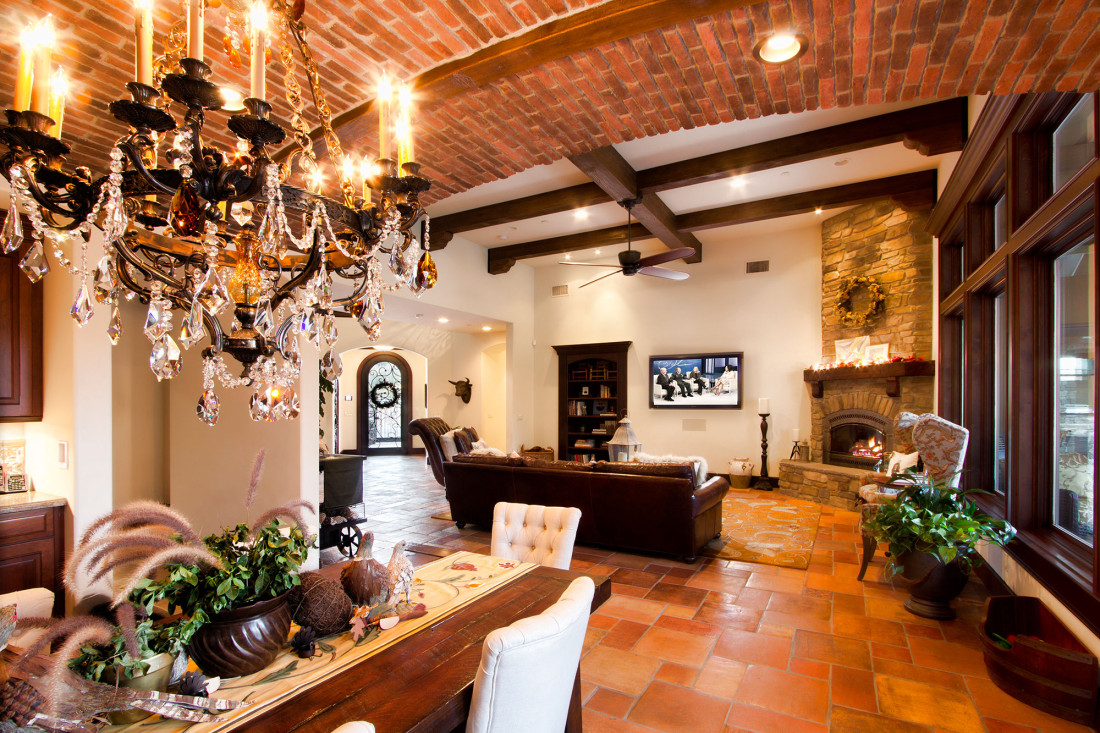 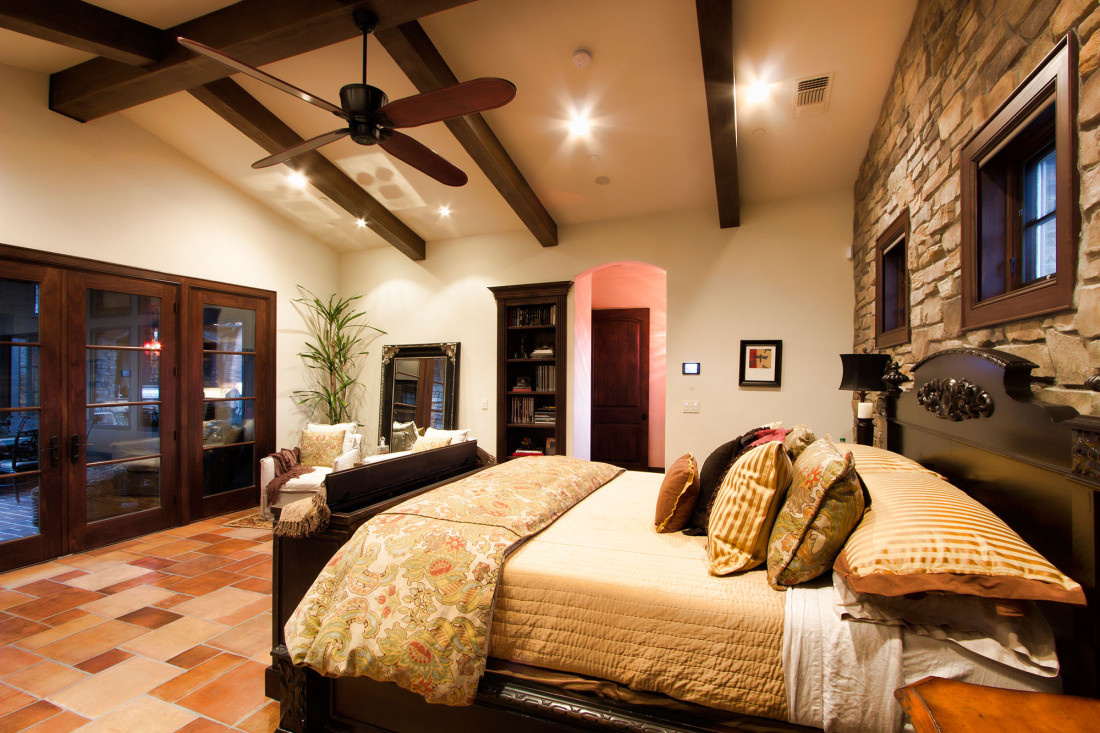 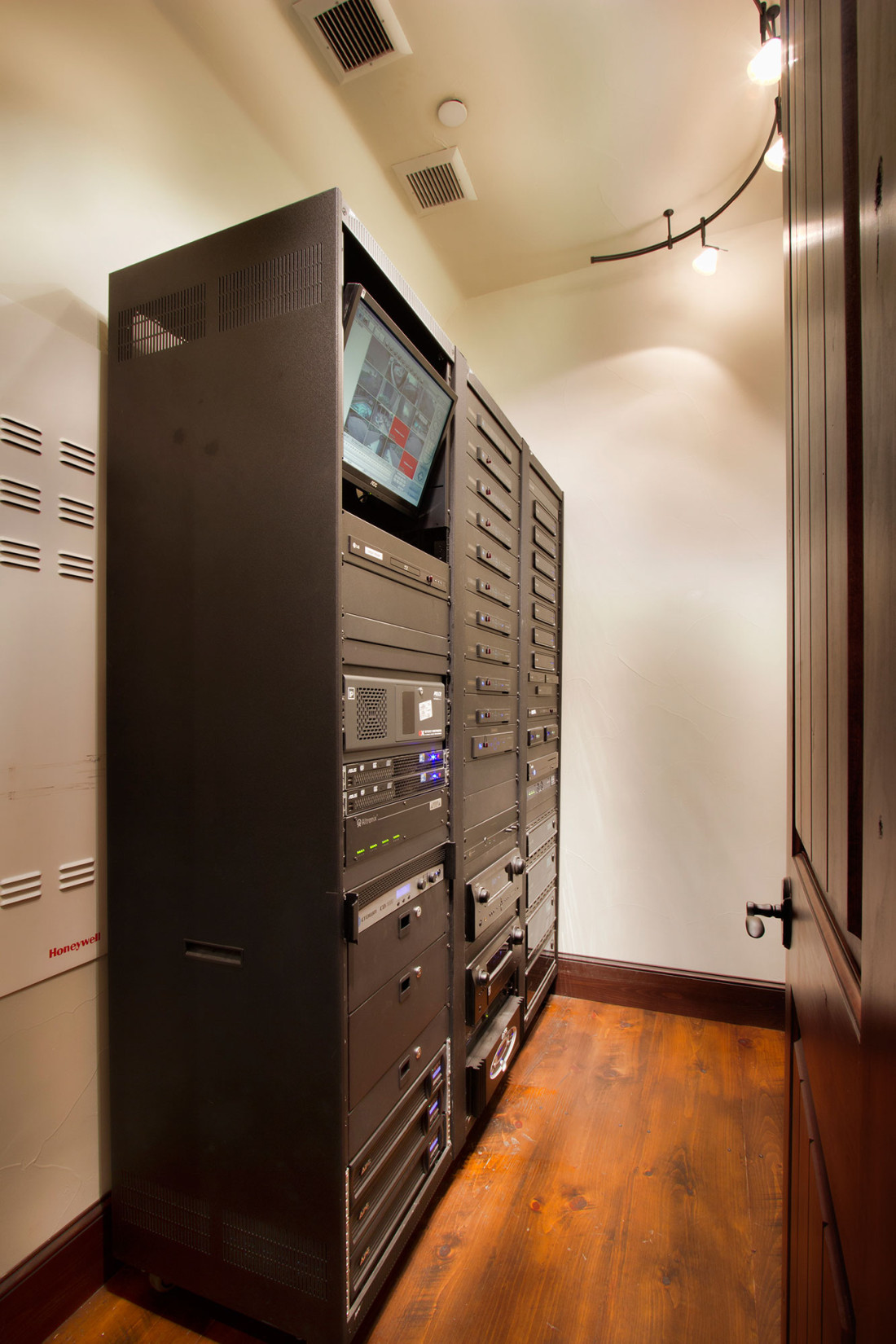 Kirk and Sheri Shermer made the decision to build a custom home. They initiated the process with Cornerstone Homes, a custom home builder in the Fresno, CA area. Kirk and Sheri decided they wanted their home to incorporate some cutting-edge technology. They wanted automation, distributed audio and video, surveillance, intercom, and more. They even wanted a dedicated home theater. Hi-Tech Home has a relationship as the technology provider for Cornerstone Homes, so we were brought in to tackle the tech.

We worked closely with the Shermers, and Matt Ratzlaff from Cornerstone, early on in the design phase, to be sure to accomplish every technology goal Kirk and Sheri considered important. Because we were involved early, we were able to get a design locked down while the home was still in construction, and thus, were able to pre-wire the home properly.

From our dedicated EQ room, we wired for a 7.1 channel surround, and projector/screen combination in the theater. We actually located the James Loudspeaker subwoofer in an enclosure in the floor, which we’d never done before. For the surround speakers, we chose Sonance Cinema Series In-Wall speakers to keep everything hidden. Acoustic paneling was added in the walls and ceiling, and thick carpeting was added to soften up the room. The result is an amazing audio experience that rivals anything we’ve done in the past. For the highest quality video, we chose a Runco projector, partnered with a 110” Stewart Filmscreen. With DirecTV HD, an LG Blu-ray, and a Fusion Media Server, they have an almost infinite chose of viewing options. Tiered seating design for 10 means there’s not a bad seat in the house. And the Fortress theater seats that were installed are phenomenally comfortable.

As a control platform, we chose Control4 for the entire home. That allowed all systems to be controlled by any Control4 device, including handheld remotes, in-wall touch screens, portable touch screens, and even iPhones and iPads. The Control4 system offered the Shermer family an easy way to interface with all of their equipment, which made it simple and efficient. The theater has a dedicated HVAC zone, complete with Control4 thermostat and remote temperature sensor. If you’re watching a movie, you don’t even have to get up if you’re uncomfortable – you just make an adjustment with your remote or phone. As the lighting is all provided by Control4 dimmers, they’re controlled the same way. We located a motion sensor in the room, and when it detects motion, it turns on the lights automatically…but only if the projector is off – it won’t turn the lights on if you’re already watching a movie. Starting a movie dims the lights, while pausing the movie brings them back up.

Besides having phenomenal performance, the room looks awesome. The carpeting, wall treatments, and woodwork are beautiful. They even capped the room off with a microwave, so you don’t have to go to kitchen if you want some popcorn with your movie!