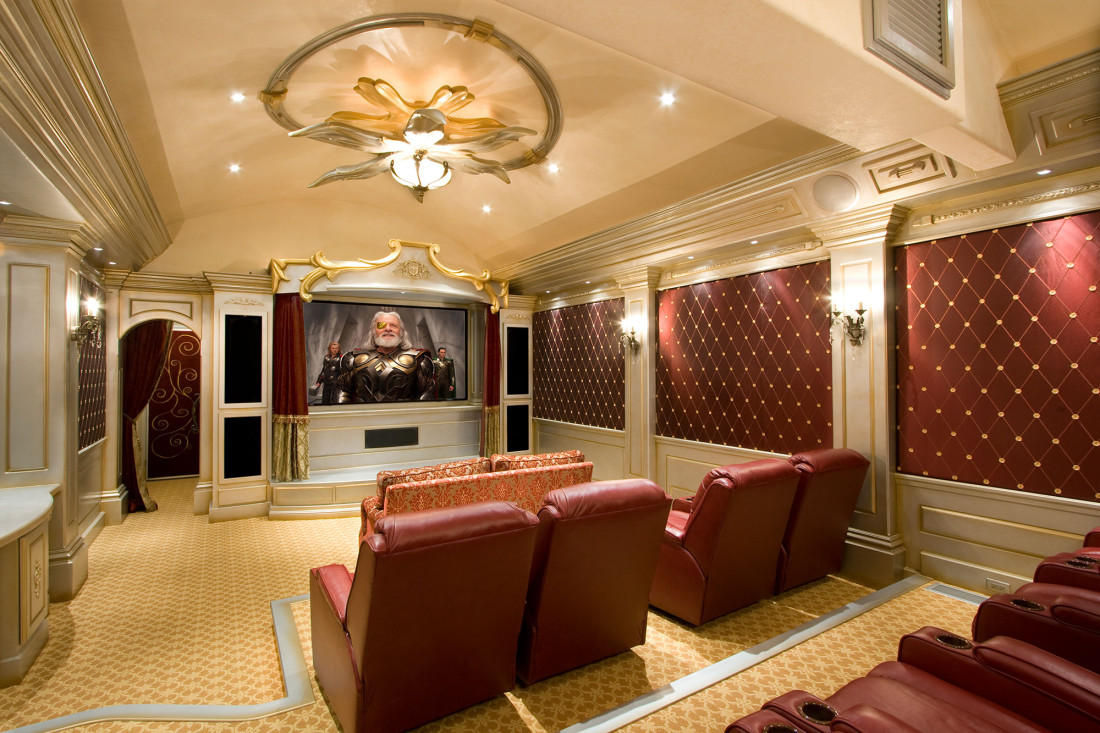 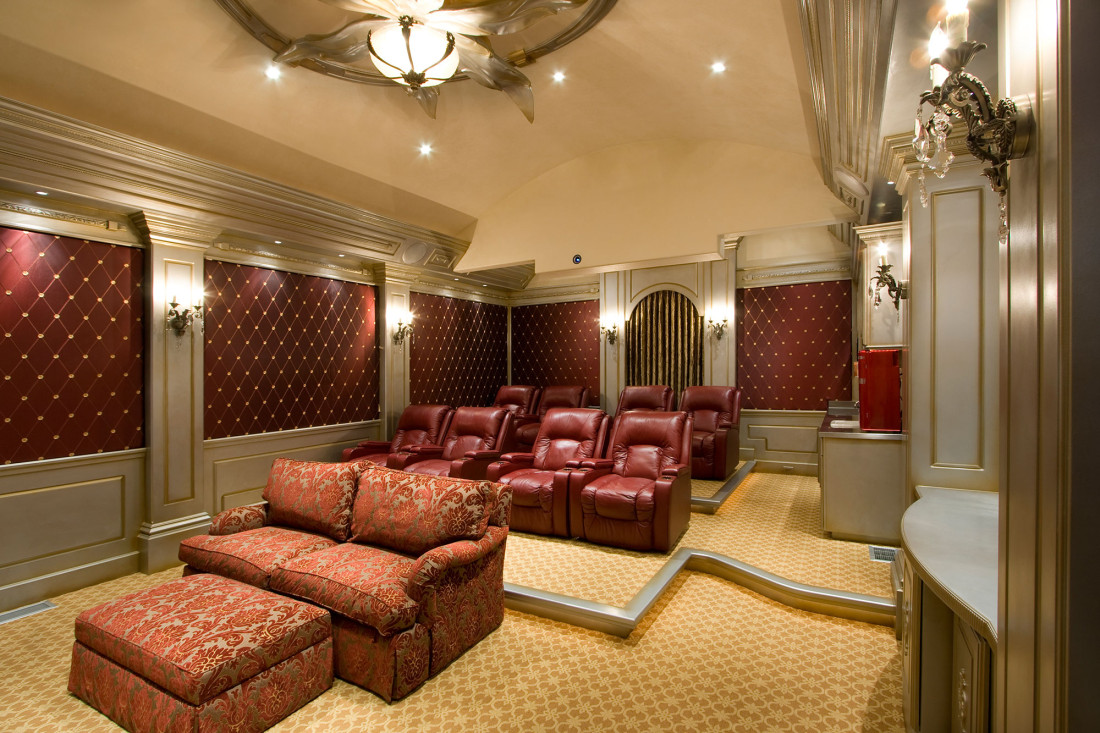 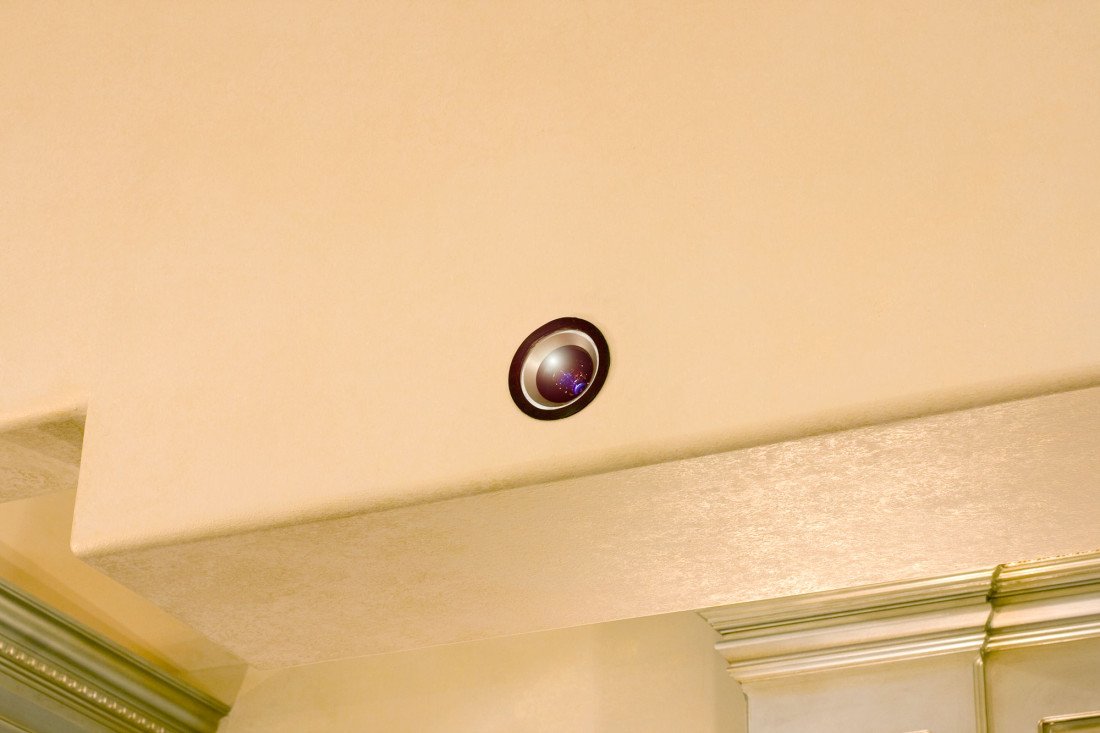 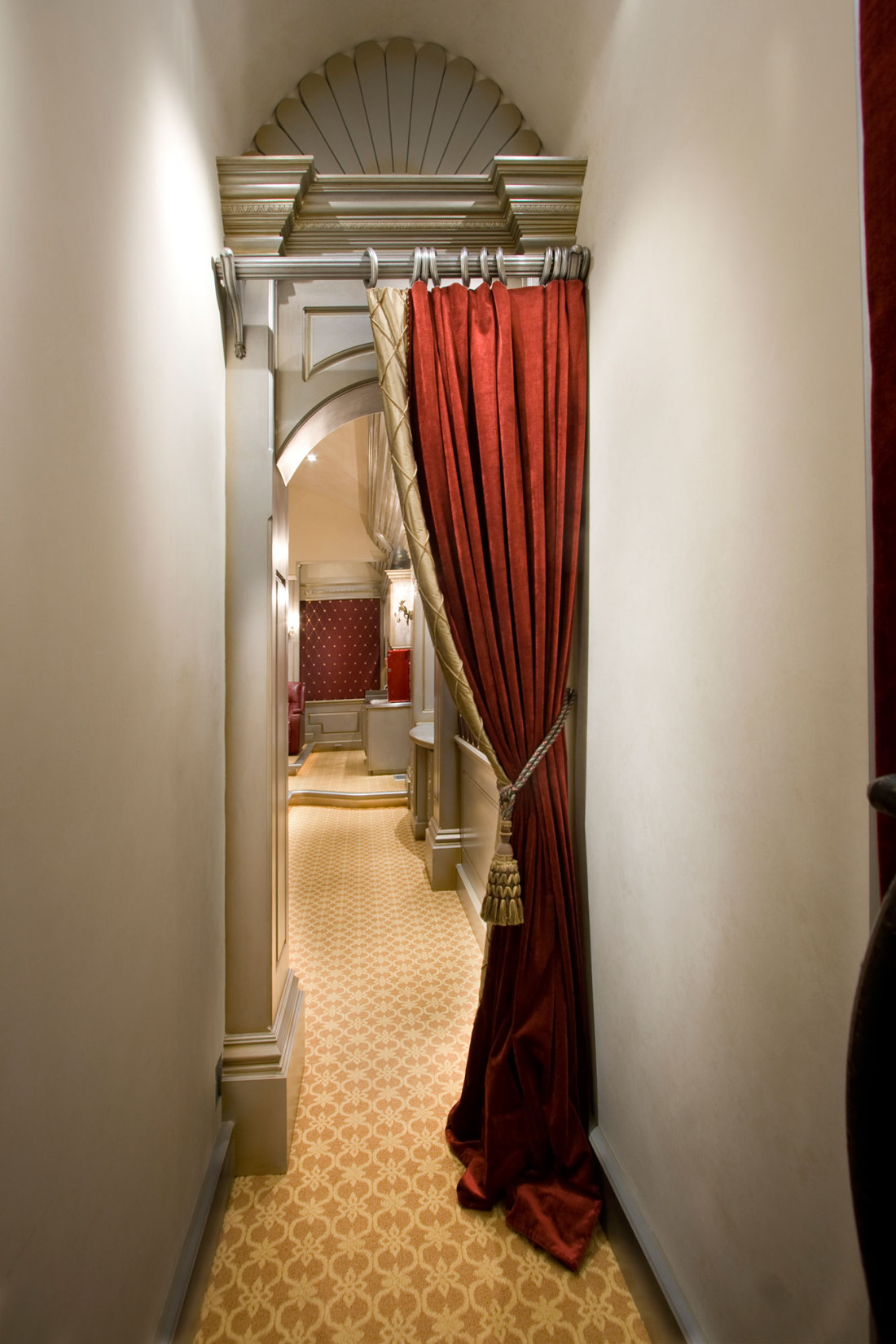 This theater was the brainchild of the client. He had a playroom that really wasn’t being used by his children anymore, and he decided that a better use for the space would be to transform it into a dedicated theater that the whole family could enjoy. The client acted as his own contractor on the project. Working closely with Hi-Tech Home, and his interior designer, Linda Zoerb, we came up with a plan of attack to create a fully-loaded theater with top-notch audio, video, and automation control.

As the client did not want to see the projector out in the open, we chose to house it in a soffit toward the back of the room. With some clever grommet work, the only thing that can be seen is a small window for the image to project out of. To make sure the projector did not overheat inside this small area, we installed a vent on the backside of the soffit, with a Middle Atlantic Cab Cool fan to provide constant air flow. The client had no desire to see any of the A/V equipment either. We appropriated a linen closet just down the hall to house the equipment rack, as well as all of the Control4 dimmers for the lighting in the room.

Audio quality was of paramount importance to this client. Thus, we chose James Loudspeaker for the speakers in the room. A bookshelf center channel and two tower speakers reside inside a built-out stage area surrounding the screen. Four in-ceiling speakers provide the surround and surround back audio. Two Sunfire subwoofers also reside in the pillars of the built-out stage area, completing the speaker package in the room. These speakers are powered by a Denon AVR-4311CI receiver.

The client was also not prepared to make any concessions in the area of video quality. An Epson 1080P LCD projector shines onto a 110” Stewart Luxus Deluxe Filmscreen, creating a phenomenal high definition image that looks great from any seat in the room. Available video sources include a DirecTV HDDVR, a single-disc LG Blu-ray Player, and 400-disc Sony Blu-ray changer that integrates with the Control4 platform to allow the client to easily scroll through cover art with the onscreen GUI, and select any movie from their library. Another handy feature is a quick connect A/V hookup wired to a drawer beneath the stage. This allows for the kids to bring in their XBOX 360 and play on the system without having to commit the gaming system permanently to the rack in the closet.

The Control4 automation system makes usage of the system a breeze for the clients. They can access any component with ease using the onscreen interface, and the system also controls the lights and the curtains in the room, allowing for a complete entertainment experience.

When you couple all of that technology with the amazing look of the room created by Linda Zoerb and the clients, you get a very impressive theater to behold indeed.